I hope my presentation was interesting for everyone; I really enjoyed doing my research and analyzing it for the class.  Looking over our discussion questions, I felt I should elaborate on one of the topics.

– Does the online aspect of the game make it more violent?  Would you let your kids play Call of Duty?

The class was somewhat mixed about this question, and there are a few different ideas at work here.  First, the human element that online gaming provides.  Because a player “kills” another player, the violence seems to be realer than most video games, but this quality is very subjective.  Second, the idea of the techno panic.  I had overlooked this argument, and its certainly worth noting.  Often times, gaming is demonized by the media (like the story I brought up in class), and not given a fair turn.  Is that happening here?  Is Call of Duty training snipers or simply improving our dexterity? I’m leaning towards the latter, but the class should continue the discussion.

Here are some links to the work:

Don’t worry if you don’t get a chance to see them before my presentation, just try and keep in mind the question of whether or not the work is transformative and what kind of copyright issues may arise if I wanted to distribute these works as you watch.

I’m presenting tomorrow, and to start a discussion I wanted to pose a few questions:

— Are online games a legitimate form of social interaction?

— Does the online aspect of the game make it more violent (you’re killing a real person’s avatar)?  Would you let your kids play Call of Duty?

— What’s the future of online gaming?

Since winter has come along, it has been easy to log hours playing Call of Duty.  The online gameplay is great.  I’ve gotten much better at the game, and two or three times I’ve placed in the top three.  So many of the players are different ages and from different countries, it is very interesting.  I am now a level 25, and I have unlocked a good percentage of the unlockable items.  I find that my favorite online game mode is free-for-fall, the non-cooperative gameplay, it is much faster paced.  The team death match mode requires a lot of patience, and players often hide and shoot with sniper rifles.  I much prefer an assault rifle or sub-machine gun.  My roommate also plays on the PlayStation Network, and we have been able to play in games together.  While we could work together, we end up just trying to kill each other.  Many hours in, I’m still not bored with the gameplay, its all online so it is always different and new.

Unfortunately the wikipedia page for Call of Duty 3 is locked to unregistered IP addressees, so I am unable to contribute to the posting.  I’ll share my additions here instead.  The third installment of the game added new game modes, and the wikipedia posting doesn’t fully explain one of them.  “Kill Confirmed”, its called; a player receive points for killing an enemy and picking up their dog tags.  This element adds a lot of strategy to the gameplay.  Players can leave the tags on the ground and stand by them in order to draw enemies into an ambush, for instance.  The game mode also rewards its players with a lot of points, so they progress quicker in the game.  These facts are definitely worth adding to the wikipedia page, and referenced in this online article: http://ps3.ign.com/articles/119/1192230p1.html

I think that one important thing to point out about remixes is that they come in many forms. I was considering the “everything is a remix” idea and I think that it is true to a large extent. Youtube and Vimeo are full of thousands of remixes, whether they be photos someone posted with their favorite songs, DJ remixes, fan art, or mashups. Watching the Daily Show and Colbert Report, you can see how often photoshopped pictures of cultural icons are used to accompany the punchlines. 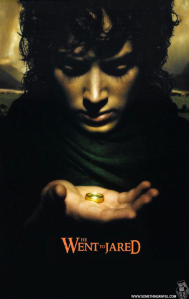 I think this speaks to the fact that remixes are made for many different reasons.

The Constitution originally called for copyrights to promote the progress of science and the useful arts. It offered a 14 year period of copyright and an optional renewal. Todays copyright laws are a term of death + 50 years for natural authors. I think that this is hardly conducive to promoting progress with these kind of term extensions. The rise of digital technology and the ability to share media so easily has undermined the effort of strict copyright laws and has demonstrated that there are significant upsides to the free-flow of ideas and free expression. However, there is a balance that must be achieved between allowing free expression and outright piracy. Current laws treat users the same and do not do a good enough job to distinguish between the two.

My presentation tomorrow is on media sharing services, and I’ve chosen to join Instagram and Vimeo. Instagram is definitely the simplest way to share memories the exact instant you experience them! I love this app because it is so user friendly even my parents will understand how to use it. I’m having a little more difficulty navigating through Vimeo, but it is still a fairly basic website to share , upload, and explore videos. These websites are used as alternatives to others because they are more specialized and can provide higher quality feature. You’ll have to listen in class tomorrow to find out more about them!

As for now, I was just wondering

With the presence of so many social networking websites and media sharing outlets,  do you think it is necessary to have specialized websites for just videos and photographs? In your opinion what is the advantage of media sharing sites like Instagram and Vimeo as opposed to just uploading your videos and pictures to Facebook or Twitter?

In the last few weeks of my practicum assignment I was hoping to reach some over-arching conclusions, or make some great discoveries.  Unfortunately, not much has changed.

I did try to video conference someone but it didn’t turn out well.  I was a little skeptical to do so, being that I didn’t know any of the people I would video chat with.  However, I just told myself it would be like Chatroulette, only a little less risky because I knew the people from a chat, and I tried to pick the most normal person I could find.  My concerns were that they would not think I look 13, because I don’t.  And also that they would be really creepy and try to flash me or just say something weird.  I settled on “Farahsara” a girl age 15 (supposedly).  We decided to video conference to say hi and show each other our nail colors (I couldn’t think of anything else to relate to her about).

Unfortunately it said the connection wouldn’t go through and our devices would not connect to each other.

Other than this attempt to try something new, everyone mostly remains the same, talks about creepy stuff, and is only interested in naked girls and speaks unidentifiable chatroom language.

As I’ve been using Twitter more frequently, I’ve begun to use it for a variety of reasons.  Not only do I use it to keep up with my friends, I use it to Follow news sources such as Fox News, CNN, and the New York Times, celebrities such as the Kardashians and Lady Gaga, and some other entertaining accounts such as Totalsratmove and UWGirlProblems.  Twitter has come to serve many functions for me based on who I Follow.  It has become my quick and easy news source, a way to keep up with Hollywood celebrities, and has become an addicting distraction.

News Source.  News sources, such as Fox News and CNN, post short clips of recent news that may be found on their website or television show.  They often place the link to the full news story in their Tweet so that you are able to get all of the details and find similar stories.  I have found this extremely beneficial for my busy lifestyle.  Myself, and I’m sure many others, do not have time to sit down in front of the TV everyday to watch the local and national news.  With Twitter, I can get all the news I need using my Blackberry Twitter application.  It’s all at the palm of my hand or on my laptop.  I don’t need to schedule my day around when the news will be on, since that is not always possible being a college student.  Twitter has definitely become an easy way to access information about what is going on locally, nationally, and worldwide.  By using Twitter to keep up to date on the news, I actually feel more informed than I did without Twitter because I don’t need to go searching to find information – it’s all right there in one spot.

Just for Fun.  Celebrities, sports teams, and other entertainment sources are all over Twitter.  A few that I Follow are ItsWillyFerrel, Kim Kardashian, Lady Gaga, Packers, UW Football, and UW-Madison.  UW Football and the Packers give play-by-play updates of football games, Kim Kardashian talks about herself (a lot), ItsWillyFerrel’s Tweets are absolutely hilarious (see picture below), and Lady Gaga gives updates about concerts and albums.  There are a variety of ways to stay in touch with “just for fun” things that I otherwise would not have time to look up.  Twitter has become a source of entertainment on top of being a social networking site.  It’s not just a way to keep up with friends, like Facebook generally is.  I’ve actually found myself taking study breaks on Twitter more than I do on Facebook!

Twitter has become an increasingly popular social networking site in recent years and I can only assume that it is because of its convenience.  You can catch up on what your favorite celebrities are doing, learn about what’s going on around the world and in your hometown, or just get distracted and find yourself consumed by all of the entertaining and hilarious Twitter accounts that are out there.  There are so many ways to use Twitter and each user can customize just who they want to Follow and who can Follow them.  It’s a way to stay current on everything, not just to keep up with your friends.  I have found Twitter to be extremely helpful and convenient because of its short, straight to the point format.  I get the information I want at a time that works best for me.  It doesn’t get much easier than that to stay up to date!

So tomorrow’s the big day. Everything seems to be coming together and upon further reading I and research I’ve come to see WoW in a new light. A lot of things I was unsure about I looked up and even happened to stumbled across other things relating to the game that weren’t even on my radar. My presentation is quite simple really – it starts with a description of MMORPGs, followed by a description of my specific MMORPG(WoW), and then delves into my own personal experience with the game.

The question(s) I have for you guys is as follows: What sets a MMORPG apart from a regular video game? From an online virtual reality such as Second Life? What is the appeal to its players?